A lot of people come up to us and ask us what combination of fruit is in the Guanábana smoothie. What many people don’t know is that it is one fruit. I don’t see a lot of it here in Jacksonville but there is so much of it in South America. Even though there isn’t much of it here, a bunch of Latin restaurants have guanabana juices and they are absolutely delicious.

I’ve basically grown up with it because of my Hispanic background. Just to give a little bit of background to those who don’t know, guanabana, also known as soursop (english), graviola (brazil), guyabano (asia), corrosol (Haiti) is a fruit native to Central, South America, and other tropical countries. The fruit ranges in size but is typically 4 to 12 inches long. The exterior of the fruit is green and spiky while the inside is white and contains edible black seeds. Interestingly enough, the fruit is not sour, even though its English name is soursop. The guanabana has been known to resemble the flavor of strawberries and pineapples. We think the guanabana is a pretty cool fruit and more people should know about it. On top of being delicious, it is also a fruit that is incredibly healthy. It has been known to help your immune system, so if you’re ever sick, make sure you have some guanabana juice handy! Yummy and good for you.

We love it when people come to our truck and give the flavor a try for the first time. Kudos to those brave souls who go into it blindly. Also we love when people told us that they tried it for first time in a trip and they are so excited to find an smoothie or ice pops with that fruit or how they used to have a tree in their backyard. The guanabana is a very unique fruit and we wanted more people to be exposed to this tropical flavor, which is also why we named the truck after this fruit. So the next time you want to try something new, give the guanabana a try.

We’re glad to hear what you think about it. 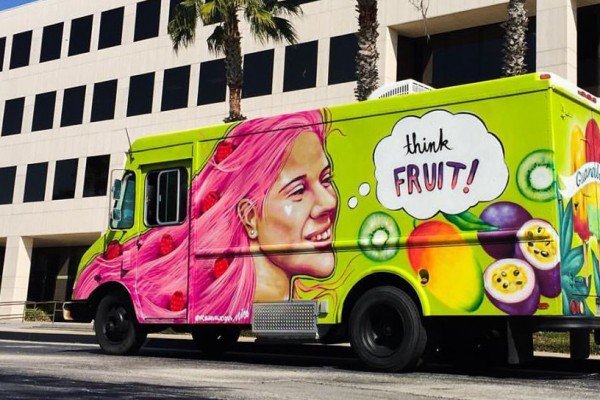